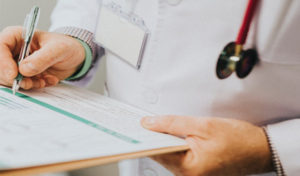 Over the last 25 years there has been a dizzying array of studies comparing PCI vs CABG allowing in turn for varying interpretations and recommendations.

Well over 30% of the patients in this trial were Diabetics.

Even before the introduction of Coronary stents PCI in the form of Plain Old Balloon Angioplasty demonstrated equipoise with CABG at 10 years except in diabetics. (BARI trial)

Survival at 3- 5 years has been looked at in multiple studies over at least the last 20 years.

These studies include BARI, RITA, ACME, MASS, AVERT, TIME, SYNTAX 1, SYNTAX 2, EXCEL and NOBLE amongst others.

In general the 3-5 year survival with CABG and PCI in patients with Multi-vessel CAD including Left Main Coronary artery disease is comparable except in diabetics and in patients with a high Syntax score.

In Diabetics with multi vessel CAD in general the 5 year survival with CABG is superior to PCI.

However the results of this trial are being challenged by several investigators:

1) Speaking at the 2018 annual sessions of American heart association where findings of the FREEDOM trial were presented, experts noted that 1 million coronary revascularization procedures are performed each year, with 35% done in patients with diabetes. It was also noted that despite the randomized nature of the trial, bias was possibly introduced with just under half of patients followed and that the follow up study is also likely underpowered.

2) In an editorial accompanying the study published in the Journal of American College of Cardiology, several other experts questioned the reliability of the mortality benefit in FREEDOM trial.

They point out that just 16 more deaths in the CABG arm would have rendered the between-group difference statistically nonsignificant.

The five year mortality was significantly higher for patients experiencing a stroke within 30 days after revascularization.

The 5 year outcomes can also vary depending upon complexity of CAD as determined by the SYNTAX score; A very high Syntax score favors surgery.

CABG may offer better 5 year survival rates in diabetics with triple vessel CAD but in most studies comparing CABG Vs PCI for Multi-vessel CAD there was an initial higher peri-operative mortality and stroke rate with CABG. There was also a much higher rate of arrhythmias including atrial fibrillation with surgery.

Both major stroke and cardiac arrhythmias like atrial fibrillation translate into major long term debility and the accompanying lifestyle issues.